Situated on the northeast tip of Mexico’s Yucatán Peninsula, Cancún is a popular Caribbean tourist destination. Next to 22 km (14 miles) of beaches, you’ll find a wide variety of resorts, spas, clubs, and malls.

Peak season in Cancún tends to run from December to April. Airfare and hotel prices increase dramatically during these times, while dropping in the (northern hemisphere) summer and early autumn months. Late June is especially hot, so come prepared or try the off season. Hurricanes can be a major threat in late (northern hemisphere) summer and autumn.

The climate in Cancún is tropical, with consistent hot and humid weather throughout the year, and very warm sea temperatures. You can expect a gentle breeze from the ocean to keep you comfortable. Temperatures reach their peak around May, and you may notice the extreme heat as you travel inland. Prepare for trips to archeological sites: wear light clothing, stay cool, and rest often.

Cancún International Airport (CUN IATA) (It is about 10 km from the hotel strip and 16 km \ southwest of downtown. It is Mexico’s second busiest airport. One of Cancún’s best features is its transport links, as most major air carriers in North, Central, and South America, and Europe offer services to Cancún.

Things to see and do

IF YOU HAVE ANY QUESTIONS 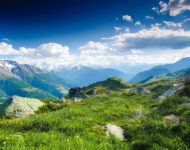 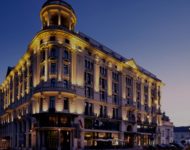 We can help with a wide range of travel needs. Have any questions? Or feedback? Email us. We will respond to you as soon as possible.